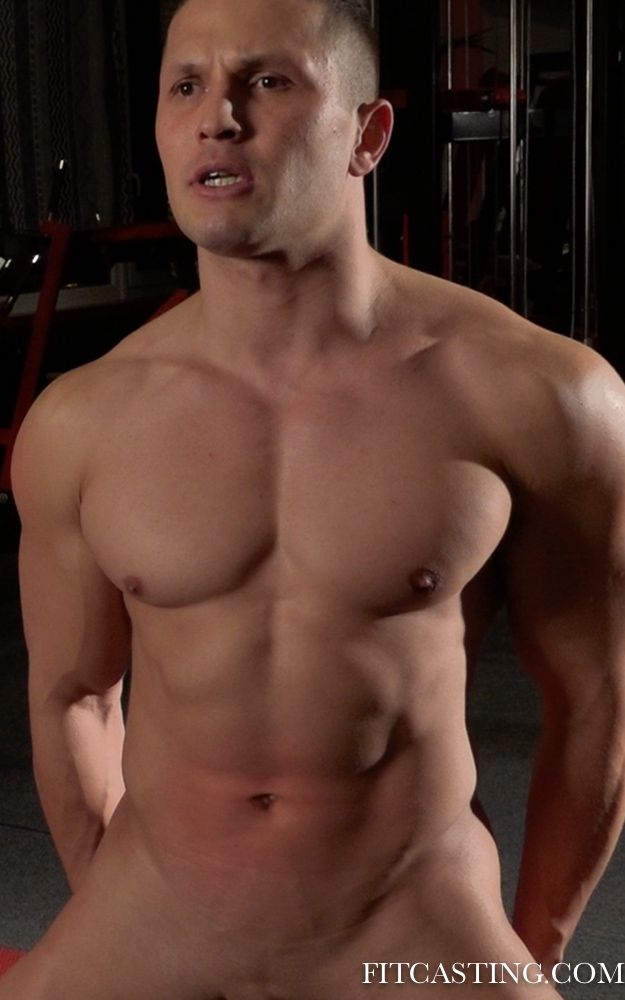 As you know, every Model of the Year will earn a series of bonus shoot with us. First and foremost this is a great opportunity for the model to show that he deserves the title. Also, this is a great way to showcase our top model by pushing him to limits. This year is no different, except that with Ruslan, we decided to double the shoots. First, we invited him to our studio, notifying that he had won and proposed a series of shoots immediately – we wanted him to go through a mandatory program to showcase the best workouts from last year and also try out some new. The second round of workouts was left for the members who were able to suggest the workouts for the boy.

We started Ruslan’s program with a look back at the beginning of the year and had him go through the dreaded Gladiator Abs Wokrout. It is one of the hardest workouts that we have, mostly because it involves intense sessions of gut punching to really try out the model’s abs. Ruslan had to go through at least 8 different gut punching positions, combined with heavy abs workout. Read more about this ordeal from our member section!

Ruslan: Gladiator Abs Workouts will be published in March!